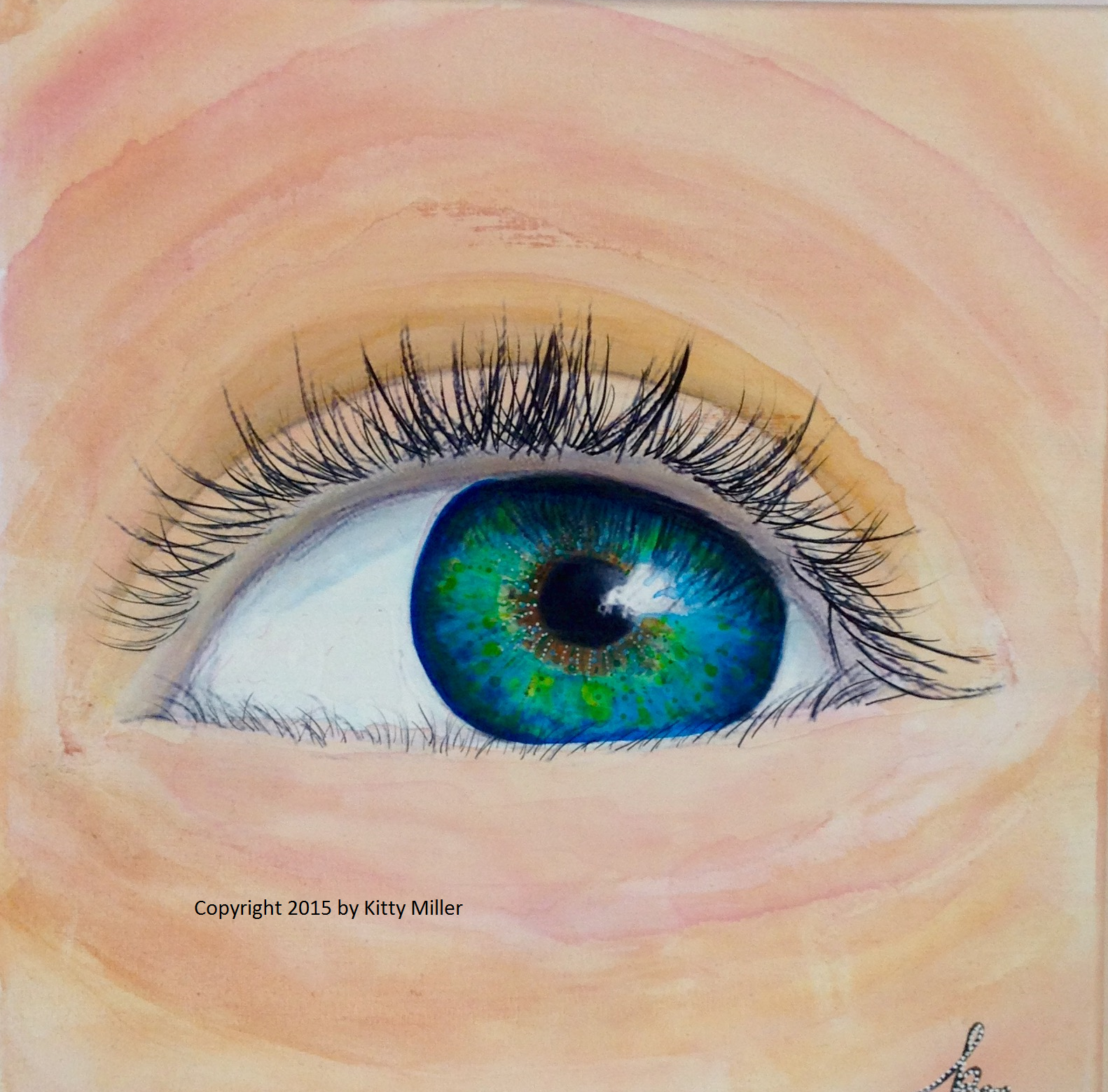 Kitty again offers her class to teach you her striking technique to create an eye on an 8” by 10” canvas. Nobody paints eyes quite like Kitty – but she’s willing to share her techniques with her Runaway students! 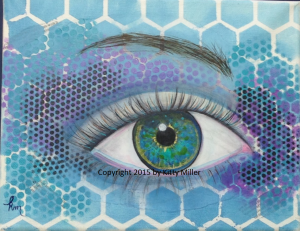 And below you can see Christy’s effort from a class earlier this year. 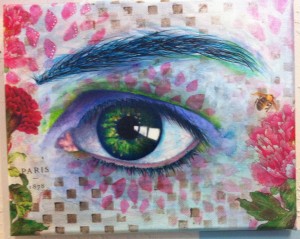